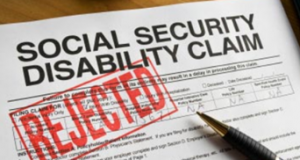 It’s only been a year since the Department of Veterans Affairs’ long waiting lists for healthcare became front page news. We heard testimony and promises of how it would all be fixed. Today, though, the number of veterans on waiting lists of one month or more is now 50 percent higher than it was during the height of last year’s problems.

Not only are the VA waiting lists soaring, but the department is also facing a nearly $3 billion budget shortfall, which could affect care for many veterans.

So far, it says it’s working on proposals to address its problems; unfortunately, all of these will lead to even worse patient care:

Not only that, but because there’s a shortage of funds for some drugs, it’s also considering discontinuing some treatments. Specifically, a new, more effective but more costly hepatitis C treatment is on the chopping block.

Currently, some VA officials say they’re preparing to petition Congress this month in hopes of shifting money into those programs most lacking. They expect problems from Republican lawmakers. Republicans object to removing funds from a new program intended to allow certain veterans on waiting lists and in rural areas to choose taxpayer-paid care from private doctors outside the department’s health system. The agency’s not swayed, however, “Something has to give,” the department’s deputy secretary, Sloan D. Gibson, said. “We can’t leave this as the status quo. We are not meeting the needs of veterans, and veterans are signaling that to us by coming in for additional care, and we can’t deliver it as timely as we want to.”

What about the department’s very public expansion for access to patient care for our veterans? It says its doctors and nurses have handled 2.7 million more appointments than in any previous year, while authorizing 900,000 additional patients to see outside physicians. In all, agency officials say, they have increased capacity by more than seven million patient visits per year. This is effectively double what they initially predicted they would need to fix the problems. And, as we’re learning, even that was not enough.

So why the woefully lacking predictions? Leaders in the VA say they underestimated both “physician workloads” and “veterans demand”. Many say it’s a cop- out. They say there’s not been an increase in demand; it’s simply a matter of finally getting the true numbers, something officials should have known all along. One spokesperson for the VA says he and his counterparts were “stunned by the number of new patients seeking treatment even as the V.A. had increased its capacity”.

Time will tell; the VA is preparing to go before Congress in the coming weeks. For now, if you have questions or want to explore your options for VA benefits, we invite you to contact our offices.