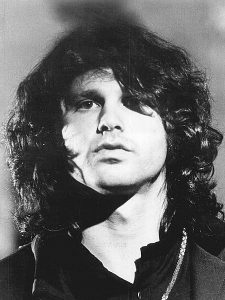 Back on July 3rd, the 50th anniversary of the death of Doors lead singer Jim Morrison was recognized, and it reminds us of his estate planning mistake. You can learn something from it, so we will share the details here.

Morrison was 27 when he died, and the vast majority of people do not have estate plans in place when they are in their 20s. Of course, most individuals in this age group do not have much to pass along to their loved ones, but the Morrison situation was very different in that respect.

He was not formally married, but his girlfriend, Pamela Courson, was looked upon as his common-law wife. Morrison did in fact execute a will, and he made Courson the sole heir, but there was a stipulation.

In order to receive the inheritance, she had to live for at least 90 days after his passing. If she was to pass away within this 90-day window, his sister and brother would be the heirs to the estate.

Courson did live long enough to receive the inheritance, but she passed away before her time just over two years after Morrison died. We know from the will that the singer wanted his siblings to inherit his assets under these circumstances, but he did not ensure this outcome.

Pamela Courson did not have a will, so she died intestate. Under the intestate succession laws, her parents were the rightful inheritors of her estate, and the Morrison legacy was her property at the time of her death.

Jim Morrison’s parents file a lawsuit claiming that they had the right to a portion of the estate, and the two families ultimately reached an out-of-court settlement.

Morrison famously hated his parents, and he had no particular love for Courson’s parents. Yet, they were the people that benefited from his talent and success.

A qualified financial manager could be relied upon to effectively administer the trust and manage the ongoing royalties that were coming in on a regular basis. Given the fact that Courson had a drug problem, this would certainly be a prudent protective measure.

He could have named his brother and sister as successor beneficiaries that would inherit the resources after Courson’s death if she died without children.

There is also the matter of the federal estate tax. The exclusion is the amount that can be transferred before the estate tax would be levied on the remainder. In 2021, it is $11.7 million, and the maximum rate is 40 percent.

When Morrison passed away in 1971, the estate tax exclusion was a mere $60,000, and the maximum rate was 77 percent (no, this is not a mistake). There are estate tax efficiency strategies that can be implemented, but Morrison did not take these steps.

You may wonder why we know all of these details about a person’s estate planning decisions. Most people would want their final affairs to be conducted confidentially, but this does not happen when a simple will is utilized as the asset transfer vehicle.

A will is admitted to probate, and the court provides supervision while the estate is being administered. The records are available to anyone that is interested, and this is how journalists get this type of information when high-profile people pass away.

If you use a living trust instead of a will, the trustee would distribute assets outside of probate, so there would be no loss of privacy.

In addition to the fact that it is a public proceeding, probate will usually take eight months at minimum, and no inheritances are distributed while the estate is in probate. There is also the cost factor, because probate expenses reduce the value of the estate before it is distributed to the heirs.

Today is the day for action if you have been going through life without a carefully constructed, professionally prepared estate plan.

You can schedule a consultation at our Cincinnati estate planning office if you call us at 513-721-1513, and you can use our contact form if you would rather send us a message.