Home » Estate Planning » What Is the Nomination of a Guardian in Cincinnati? 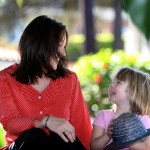 Studies are consistently done that yield the same results: an alarming percentage of Americans have not executed all of the appropriate estate planning documents. People of all ages are remiss, but as you might expect, younger adults are less prepared than their older counterparts.

Estate planning is important for all responsible adults. It should be viewed as one of the core responsibilities that you take on when you become a self-supporting adult in your own right. There are things that must be taken care of after you pass away, and it is up to you to leave behind instructions.

Nomination of a Guardian in Cincinnati – Only for the Elderly?

There are those who contend that estate planning is something that is only important for the elderly. Many people fail to plan ahead because they believe that they will have time to do it later on in their life.

Perhaps they will. The average life span is 78 years at the present time.

However, many people pass away due to accidents and catastrophic illnesses when they are in their 20s, 30s, 40s and 50s.

Younger adults may be less likely to pass away, but many of them have significantly greater responsibilities to people that they would be leaving behind if the unthinkable was to take place.

The children of senior citizens are generally going to be self-supporting adults. On the other hand, the children of people in their 20s may still be considered dependents.

Most young families rely on two incomes to maintain a particular standard of living. If a parent was to pass away, the surviving parent and the children could be faced with financial hardship, making an already devastating situation that much worse.

There is also the matter of guardianship of dependent children. If you have minor children, a properly constructed estate plan will include the nomination of a guardian. This would be the individual that would care for your children if both parents were to pass away.

If you do not nominate a guardian in Cincinnati, the Ohio court would be forced to make a choice without any input from the deceased parents. Ultimately, your children could be raised by someone that you would not have chosen yourself.

The matter of guardianship is another thing to take into consideration if you are a young parent who is going through life without an estate plan in place.

Many people who know that they should have an estate plan are frozen with inaction because they don’t know how to proceed. The intelligent first step would be to arrange for a consultation with a licensed Cincinnati estate planning attorney.

Your lawyer will gain an understanding of your situation, listen as you explain your objectives, and help you craft an estate plan that protects your family come what may.