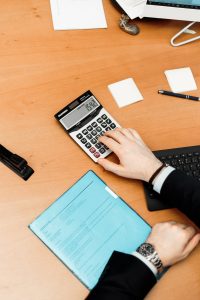 Inheritances are not subject to regular income taxes, but there is a federal estate tax that can enter the picture. Fortunately, most families do not have to worry about it, because there is a credit or exclusion that you can use to transfer a certain amount tax-free.

We are going to share an update that has recently been released by the Internal Revenue Service with regard to next year’s exclusion, but we will provide some historical context first.

It is interesting to see the profound estate tax exclusion changes that have been implemented over the last 20 years. In 2001, it stood at $675,000, and the maximum rate was 55 percent.

The tax legislation that President Bush signed into law was scheduled to expire or sunset at the end of 2010. If no new tax bill was passed, the exclusion would go back to the $1 million that was in place in 2002 with the 50 percent maximum rate.

This never materialize because the Tax Relief, Unemployment Insurance Reauthorization, and Job Creation Act of 2010 (H.R. 4853) was enacted at the end of that year. It established a $5 million exclusion and a 35 percent top rate.

The American Taxpayer Relief Act of 2012 kept the $5 million exclusion adjusted for inflation, and it increased the rate to 40 percent. An increase in the rate is not exactly an act of taxpayer relief, but other portions of the bill did include tax breaks for some segments of the population.

These were the parameters until the Tax Cuts and Jobs Act was enacted in December of 2017. This piece of legislation increased the exclusion to $11.18 million, and the 40 percent rate was retained.

There have been inflation adjustments since then, and the Internal Revenue Service has announced that the exclusion in 2021 will be $11.7 million.

We should point out the fact that this is another legislative measure that will sunset, and the expiration date is January 1, 2026. If nothing changes in the meantime, the exclusion will go back down to the $5.49 million that we had in 2017 adjusted for inflation.

The logical reaction to the estate tax would be lifetime gift giving, and people used to give gifts to avoid the estate tax after it was enacted in 1916. A gift tax was established in 1924 to put the kabosh on this approach, but it was repealed in 1926.

It was reenacted in 1932, and it has been in place continually since then. The gift tax and the estate tax are unified under the tax code, so the $11.7 million exclusion that we will have next year as a unified exclusion that applies to lifetime gifts and estate transfers.

In addition to this unified lifetime exclusion, there is a $15,000 annual exclusion. You can give this much to any number of people within a calendar year free of taxation. There is no limit to the total amount you can give tax-free as long as you do not give more than $15,000 to any one person.

If you want to pay medical bills for others, you can do this without incurring any gift tax liability, and the medical exemption extends to the payment of health insurance premiums. There is also an educational exemption that you can use to pay school tuition for others tax-free.

You are reading this because you want to learn more about estate planning, and we are glad that you found your way to our site. Feel free to take advantage of all of our resources, and you are cordially invited to attend one of our upcoming live webinars.

There is no charge to attend our webinars, and it could not be any more convenient, so this is a great way to invest a little bit of your spare time. You can see the dates if you visit our webinar page, and when you identify the session that works for you, follow the simple instructions to register.