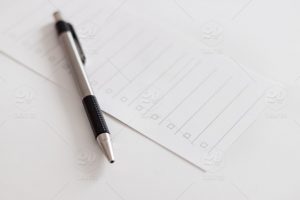 There are myths that circulate when it come to estate planning, and one of them is very widely embraced. A lot of people are under the impression that trusts are only uses by multimillionaires. They go forward with the understanding that last wills are the right choice for “the rest of us.”

Yes, it is true that wealthy people utilize trusts to protect assets from estate taxes. The estate tax exclusion is $11.18 million in 2018. This is the amount that can be transferred before the tax would kick in. Because of this high exclusion, very few people have to worry about the death tax.

This being stated, there is a different type of trust that can very useful for folks that do not consider themselves to be extraordinarily wealthy. It is called a revocable living trust, and it is actually far more useful than a last will as the centerpiece of most estate plans.

Why is a living trust better than a last will for the majority of people with a reasonable store of resources? There are three major reasons, and we will take a look at them here.

If you utilize a last will, you would name someone to administer the estate after you are gone. This person is called the executor or executrix. An executor is a man that is holding this position, and an executrix is a female estate executor. These terms are formal, but in many cases, the word “executor” will be used to describe administrators of both genders. An estate administrator can also be referred to as a personal representative in some states.

Assuming you did in fact execute a will, after you pass away, the estate administrator would not be able to act independently to carry out the wishes that are stated in the document. Under the laws of the state of Michigan, the will would be admitted to probate, and the probate court would supervise the administration of the estate.

This process is not inherently negative, but it is not positive at all for the people that are in line for inheritances. Once you are entitled to an inheritance, there is no reason for you to want to wait for any length of time to receive it. Unfortunately, you would be forced to play a waiting game if you are receiving an inheritance via the terms of a last will.

An executor is not allowed to distribute assets to the people that are named in the will until the estate has been probated and closed by the court. The timing will vary depending on the complexity of the case. Suffice to say that even if things go very smoothly, it will take nine months to a year, and complicated cases can take considerably longer. For example, the Anna Nicole Smith case was stalled in probate for well over a decade.

On the other hand, if you utilize a living trust instead of a last will, the probate process would not enter the picture, and assets could be distributed more quickly.

You have probably read about the details of how the assets of deceased celebrities were distributed (like Anna Nicole Smith). Did you ever wonder why this information was made available to the general public? The information was available because probate is a public proceeding, and anyone who has an interest can access probate records to find out what happened during the proceedings.

Your estate planning decisions remain private if you use a living trust, and this is another reason why it could be said that a living trust is better than a last will.

If you utilize a last will to express your final wishes with regard to the distribution of your assets, you would be allowing for lump sum inheritances to the inheritors. You may have someone that you are including that is not great at managing money, so this could be a source of concern.

The person who administers a living trust after the passing of the trust creator is called the trustee. If you were to establish a living trust, you could instruct the trustee to distribute assets to a spendthrift beneficiary on an incremental basis. For example, you could allow for monthly distributions of a certain set dollar amount, or a percentage of the total value of trust’s assets.

Our Blue Ash living trust attorneys would be more than glad to help if you are interested in establishing a trust for the benefit of your loved ones. You can send us a message to request a consultation appointment, and we can be reached by phone at 513-721-1513.