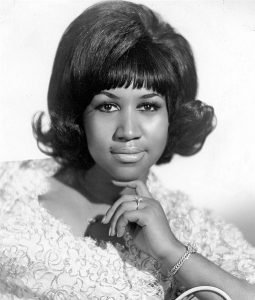 In 2018, we lost one of the most iconic and groundbreaking personalities in the history of American music. Aretha Franklin, the “Queen of Soul,” passed away in August of that year at the age of 76. There are four surviving sons, and of course, you would expect the value of her estate to be considerable.

Around the time of her death, it was determined that she passed away without a will. This is the condition of intestacy, and under these circumstances, the assets would be distributed under intestate succession laws. Using this model, her sons would be the inheritors eventually.

Even if she wanted everything to go to her sons, the failure to put a proper estate plan in place was a big mistake. There are complications and intricacies involved in an estate of this nature, especially when you consider future royalties and potential estate tax exposure.

For whatever reason, she failed to take action, and the probate court is charged with the responsibility of supervising this unusual estate administration process going forward.

About nine months later, there was a revelation that changed the playing field. Three holographic or handwritten wills were found at her home, which is in the suburbs of Detroit. Reportedly, some of it is quite hard to understand, and there are scratched out words and corrections in the margins.

This case is quite interesting, and it is not going to be completely resolved any time soon. It’s hard to understand why she would have no estate plan when she had a long-standing relationship with a lawyer that she trusted.

We share information about estate planning details for high profile individuals because the chronologies are often instructive. When you read about the negative consequences that can come about through a lack of planning, you invariably feel compelled to take action yourself.

The other celebrity case that we want to examine here is especially eye-opening. Jim Morrison, the legendary singer for the Doors, passed away back in 1971. He was 27 years old at the time, like too many young rock stars of that era (and later) that died at that exact age.

Morrison did in fact create a will some years before his death, leaving everything to his common-law wife, Pamela Courson. He did not like her parents or his own mother and father, and he certainly would not want any of them to benefit from assets in his estate.

There was a clause in the will that would have made his brother and sister the heirs if Courson did not live for at least three months after his death. As it turned out, she passed away in 1974, about three years after Morrison, also at the age of 27. She died without a will.

Morrison’s parents staked a claim to possession of the estate of their son going forward, and Courson’s parents also contended that they were entitled. After a number of years of litigation, the two families came to an agreement to share the wealth as it were.

In the end, the people that Morrison disliked the most became the beneficiaries of his talents. Though he did think ahead to some extent by creating a will, if he worked with an estate planning attorney, he could have implemented a succession plan.

We go the extra mile to provide a treasure trove of resources on this website. The blog that you are reading right now is always updated with fresh material, there are other written resources that you can tap into as well.

One of them is our carefully prepared estate planning worksheet. If you set aside some time to go through it carefully, you will definitely gain important insight into the process. To get your copy, visit our worksheet page and follow the simple instructions.