Home » Elder Law » Medicaid in Cincinnati: What Is the Medicaid Five Year Look Back? 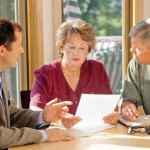 As you earn income you are taxed, and part of what you pay goes toward future Medicare coverage. Under existing regulations in Cincinnati, if you have accumulated at least 40 retirement credits throughout your working career you become eligible for Medicare coverage at the age of 65.

For this reason you may think that Medicaid is not relevant to you. Medicaid is a government health insurance program that is available to people who have significant financial need, regardless of their work credits. If you are going to qualify for Medicare as a senior citizen you may assume that you will never need Medicaid, because they cover the same things.

This is only true up to a point. Medicaid in Cincinnati will pay for long-term care, but Medicare will not. Long-term care, which would include residence in a nursing home or assisted living community, is considered to be custodial care. Medicare does not pay for custodial care. It will only pay for up to 100 days of convalescent care after a 3 day hospital stay.

Long-term care is extremely expensive. We will be passing along the latest figures early in the year as the updated surveys are released. However, in 2012 the average cost for a year in a private room in a nursing home exceeded $90,000 nationally. A year in an assisted living community averaged over $40,000 in 2012.

Many people reside in these facilities for multiple years. When you do the math you can see that some significant costs can accumulate, and as we have stated, Medicare will not be of assistance.

Because Medicaid is a need-based program, you cannot qualify if your countable assets exceed $2000 in value.

Let’s look at a hypothetical example. Suppose you need long-term care, and you have saved $150,000.

You would be required to spend everything except $2000 paying for long-term care. You could then qualify for Medicaid to pay for the rest of the care, but you would be broke. Money that you intended to leave behind to your loved ones would be gone.

Because of this scenario, many people “spend down” in advance of applying for Medicaid. They divest themselves of assets before they apply for Medicaid to pay for long-term care.

However, if you want to do this you should be aware of the five year look back period. The Medicaid program does not want people giving away all of their assets on Monday so that they can enter a long-term care facility on Friday.

As result, you are penalized and your eligibility is delayed if you give away assets within five years of applying for Medicaid.

Because of the five year look back you must plan ahead well in advance with full knowledge of Medicaid rules to position yourself optimally in anticipation of future long-term care expenses.