Home » Advance Directives » What Is a Living Will in Ohio? 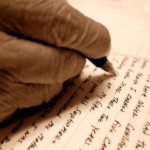 Pragmatism is key when you are making preparations for the eventualities of aging and your inevitable passing. With this in mind you should ask yourself how you would want medical professionals to proceed if you were being kept alive via the use of artificial life support measures. You can answer this question in a legally binding fashion by executing a document called a living will.

In Ohio, if you don’t have a living will and you were to become incapacitated and unable to communicate your next of kin would be forced to make a decision in your behalf. This individual may not truly know how you would want to proceed if you could communicate for yourself.

And, all of your loved ones are going to weigh in on the subject if there is no living will in place. Everyone may not agree, and we are talking about a very, very big decision. Life and death is certainly not a trifling matter.

Imagine your family members arguing during such a difficult time when they should be supporting one another. For a poignant example look no further than the case of Terri Schiavo that was very much in the public consciousness a number of years ago. She had no living will in place when she fell into a vegetative state after suffering full cardiac arrest while still in her twenties.

She was married, and she also had parents who were still living. After eight years her husband wanted the feeding tubes that were keeping her alive removed. Her parents adamantly disagreed with this course of action. Court battles ensued, and the case was all over the news for an extended period of time. All of this could have been avoided if a living will was in place.

A living will in Ohio is one very important advance directive for health care that everyone should have, but it is not the only one. Another advance health care  directive that should be a part of your incapacity plan is a health care proxy, a legal device that is alternately called a durable power of attorney.

This document is used to name someone who would be legally empowered to make medical decisions in your behalf if you are someday unable to make them for yourself due to incapacity. You utilize a durable power of attorney because a standard power of attorney would not remain in effect if you were to become incapacitated.