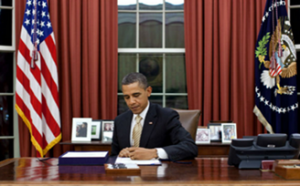 With the media, we’re always very much aware of what the president is up to, including his departures for vacations. What we might not always hear, though, is what happens in those days prior to the latest presidential update. Such is the case with his latest holiday vacation with his family to Hawaii. The ABLE Act of 2014, after easily gaining overwhelming support in Congress, was signed into law by President Obama. It’s been a long time in the making and with that signature, there are new protections for those with special needs and disabilities.

The Achieving a Better Life Experience, or “ABLE” Act, is part of a committed effort by Representative Ander Crenshaw, the Florida Republican who fought for it. He explains, “By allowing people with disabilities to save money for future needs, you are touching the lives of a lot of Americans. You can save money to go to college or to retire, but they couldn’t save money to use for disability expenditures. It was forced impoverishment.”

This is an important law, though it does have some limitations. For example, if an account balance goes higher than $100,000, it will instantly create an offset for an individual’s SSI check. This isn’t a factor for many and the law’s primary purpose is simply to allow those with disabilities the option to save money to achieve the best life possible.

This opportunity provides tax-free savings accounts that will support the health and independence of those who before now did not have that option. Most importantly, it keeps intact their means-tested government benefits. The law also extends several other tax relief provisions that would have otherwise expired in 2015.

Beginning in 2015, each state may choose to develop programs enabling persons with disabilities to establish accounts similar to the 529 college savings plans. Specific balances and various disbursements will not be considered when establishing an individual’s eligibility for means-tested government benefits as Medicaid and Supplemental Security Income (SSI). Funds can be used for approved healthcare, education, housing, personal support and other care expenses.

There are qualification criteria, however. The onset of the individual’s disability must have occurred before he turned 26 and only one ABLE account can be established for each qualified person with special needs. Further, the total contributions each year may not exceed the federal gift tax limit, which is currently $14,000 and total contributions are capped at the limit established by each state for its 529 college accounts. Keep in mind, contributions are not tax-deductible, but income earned by such accounts will not be taxed. Finally, any remaining money in the account at the beneficiary’s death must first be used to repay any Medicaid expenses incurred.

To learn more about this important law and how it can benefit Ohio residents, contact our office today.