A quick search of stories of the elderly being abused reveals a heartbreaking reality for entirely too many seniors. From family 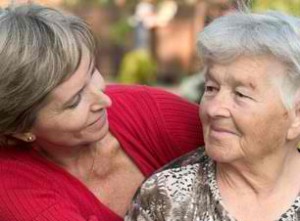 members who come into an elderly aunt’s house and promptly lock her away in a bedroom, to cases being prosecuted in courts when it’s discovered an elderly person’s bank accounts have been emptied by a thief, the number of abuse reports are climbing in alarming numbers. So fast are these numbers growing, Congress has finally put a spotlight on elder abuse. What ultimately unfolds is yet to be seen, but for elder law attorneys around the nation, it’s a welcome spotlight.

There’s not a day that goes by that a family or a victim realizes they’re being abused, either financially, emotionally or physically. Law enforcement and Adult Protective Services do what they can to put protections in place, but there exists a role for Congress to do its part. Despite efforts in recent years that include various legislation efforts, the problems persist.

In a 2010 study published in the American Journal of Public Health, nearly 5 percent of those it surveyed were found to be victims of abuse and neglect.

Psychological, sexual, physical and financial abuse were all found in the study’s efforts. When the victim is considered low income, the problems are worse. In another study, researchers discovered that mistreatment and neglect was higher – nearly 29 percent higher – for those in low income brackets.

As mentioned, some Congressional progress has been made, including passage of the Elder Justice Act. This opened the door for millions of dollars to go to adult protective services. Unfortunately, by the time it passed (8 years after being introduced), the funding is now slow to come. That could soon change as the Health and Human Services Committee for Senate Appropriations just earmarked $10 million. The biggest hurdle is yet to come, though. Getting it passed through Congress is where the challenge lies.

The question remains: what can families do to better protect their elderly loved ones? By putting into place medical and financial powers of attorney, the odds of being victimized drop. In fact, you can define the dynamics in such a way that not just one family member has access/control of the money and decisions.

Also, don’t forget important estate planning documents such as living wills. These can prevent the wrong person from making a medical decision that your loved one would never have wanted. Also, whether your loved one is still at home or is now in a nursing home or other assisted living facility, don’t underestimate the power of a drop in visit. This can provide peace of mind while also letting any outsiders know that your loved one is well-tended, especially if she has dementia or Alzheimer’s or other condition that prevents or limits her communication efforts.

If you’re getting your estate planning documents together or are assisting a family member, we invite you to contact our team of Cincinnati estate planning lawyers. We can explore your options and provide guidance in ways you may have yet to consider. Ultimately, it’s about protecting those we love while ensuring they’re comfortable and are not living under the fear of someone they don’t trust.