Home » General » Use Caution with Your IRA Beneficiaries 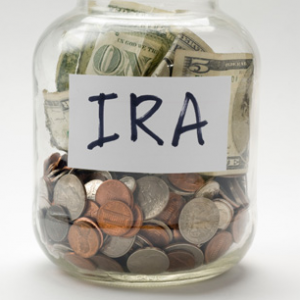 Anytime the Supreme Court of the United States hands down a ruling, it’s immediately dissected, reframed, rephrased, analyzed, argued and rarely accepted unanimously amongst those the laws affect. This summer’s decision on inherited IRAs was no different. Because of that, using caution in designating your IRA beneficiaries is now something you’ll find yourself doing moving forward.

This changed everything and affects not only Americans, but every business sector too – especially the financial services sector.

So what justification could the SCOTUS have? For starters, beneficiaries don’t have the benefit of adding money to the inherited IRA. Further, they’re required to begin taking distributions the year following their inheritance. Makes no difference how old they are. They also have the option of taking distributions after they reach 59 and one half years with no penalties.

If a unanimous ruling is rare, the decision adding confusion to the law is not. The SCOTUS ruling applies specifically to inherited IRAs, but it doesn’t address whether or not it applies only to those beneficiaries who are non-spouses, such as a child or whether it applies across the board to include surviving spouses.

Many financial experts believe it’s not likely the ruling will apply to surviving spouses. Even if it does, they have the option of rolling the inherited IRA into their own.

The Heart of the Lawsuit

You may recall the lawsuit was filed because a woman had filed for Chapter 7 bankruptcy protection but wanted the inherited IRA to be deemed exempt. The account was worth $300,000. She argued the “R” in IRA meant it was a retirement account through and through.

The courts all disagreed, including the Wisconsin bankruptcy courts, which meant the decision was then, of course, appealed to the SCOTUS. In early June, 2014, the ruling was handed down and since then, the impact has meant many have reconsidered their IRA beneficiaries. For those who feel the beneficiary could lose it in bankruptcy or via lawsuits filed by creditors, they began to rethink their options.

Here’s where things really become hinky. Let’s say your 35 year old son is one of your IRA beneficiaries. He inherits your IRA worth $500,000 and then is sued when his construction company goes under. Not only will the $500,000 be fair game for creditors, he will then also have to pay the taxes on that money. Remember, it’s no longer a retirement account, so it’s open to that kind of scrutiny. Needless to say, in some instances, inherited beneficiaries will not only lose their inheritances, but they may also be subject to paying taxes when they’re already in a vulnerable financial situation.

If you feel as though those named as IRA beneficiaries are vulnerable to creditor lawsuits, we invite you to contact our offices today.