Home » Elder Law » What is Ohio Doing About Elder Abuse? 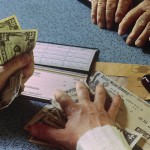 Recently, several people were arrested in Colorado for elder abuse. In most instances, elder abuse charges come when there’s physical abuse of society’s most vulnerable citizens. In this case, the abuse charges came as a result of five men, some of whom are related, who approached elderly people with “deals they can’t refuse”. Some said they had too much asphalt left over from a previous job and for a cut rate, they could repair the senior’s driveways or homes. The allegations said some did not even wait for permission to begin the work. The victims were then charged an excessive amount of money for work that was never completed or work that was shoddy. Other charges the men face include money laundering and tax evasion. It’s a big case in Colorado, but what are the laws here in Ohio? How is our state protecting our elderly?

As estate planning and elder law attorneys, we understand the unique challenges the elderly face. Fortunately, state lawmakers do too. In 2009, Ohio created the Attorney General’s Elder Abuse Commission. Its purpose was to raise awareness of this especially disturbing crime sector and to ensure families could recognize its many forms and then know where to turn for help.

In the April 2014, Consumer Advocate, a monthly publication released from the Ohio Attorney General’s office, situations like those in Colorado are addressed. Some of the latest scams that target today’s seniors are especially heinous. Among them include emails, described as “legitimate looking” with subject lines of “Funeral Notification” or in some instances, “Your Friend’s Passing”. It appears as though they’ve arrived from some type of funeral home. Opening the email triggers a virus, which then plants itself into the user’s hard drive. From there, the virus will copy information, such as bank logins, user names, passwords and the copying of other documents that could hold that important information we’re always warned not to share. Even worse, these scams are growing in volume and the methods used to trick people.

In other instances, these scams are now coming through cell phones.  For tech-savvy seniors, they’re beginning to receive texts and calls on their cell phones. The scammers are claiming to be employees of the cell carrier and requesting consumers to verify information for their records. In other instances, calls are being made to an elder’s land lane. These calls can include the criminals identifying themselves as IRS representatives, credit card spokespeople and even bank employees. No matter how contact is made, it’s overwhelming and can be frightening for unsuspecting older people.

He encourages seniors to delete any suspicious emails from people they do not know. If it appears a friend has passed, they should directly contact that friend or his family instead. They can also check their local newspaper as obituaries are printed there as well.

Any phone calls from government agencies, businesses such as credit card companies or would-be contractors with “great deals” should be handled with suspicion. Ask for a contact name and number, hang up the phone and then verify the information before you tell them anything. Don’t trust your caller ID, either, since “spoofing” has grown popular. Spoofing is a method in which scammers will “trick” a caller ID to make it appear as though the call is coming from a legitimate place of business.

Also, be sure to keep your anti-virus updates current if you use a computer. They often include important security updates designed to keep you safer.

As always, our team of elder law attorneys stand ready to provide assistance. If you’re concerned that your financial resources are being compromised or would just like to explore changes that could better improve your overall estate planning, we’re available to provide guidance.