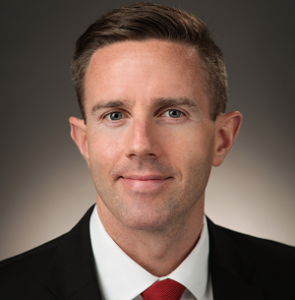 Matthew R. Kisil is a graduate of The Ohio State University in Columbus, Ohio with Bachelor of Arts degrees in Political Science (with honors) and Classics (with honors). He earned his Juris Doctorate from Case Western Reserve University School of Law in Cleveland, Ohio and his LLM degree in Estate Planning from John Marshall Law School in Chicago. Kisil was commissioned as an officer in the United States Army in 2011 and graduated from the Army’s Judge Advocate General’s Legal Center and School as a member of the Commandant’s List (top 20% of the class).

Kisil has experience representing individuals in estate and tax planning and probate and trust administration. He joined Zimmer Law Firm in 2017 to focus on estate planning and related matters. He has also worked with small businesses on forms of organization, advising on general business matters and succession planning. He is accredited by the Department of Veterans Affairs to represent Veterans and their family members. He is a member of the American Bar Association, Ohio State Bar Association, and the Cincinnati Bar Association, where he serves as Vice Chair to the Solo and Small Firm Practitioner’s Practice Group.

He has deployed to the Middle East in support of Operation Inherent Resolve, and currently holds the rank of Captain in the Ohio Army National Guard. He founded the Cleveland/Akron Chapter of the national Veterans service organization Team Red, White, and Blue, and participates in the Cincinnati Chapter. The mission of Team RWB is to enrich the lives of America’s Veterans by connecting them to their community through physical and social activity.

In his spare time, Kisil enjoys exercise, reading, and playing sports, including ultimate frisbee, golf, basketball, and many others. Kisil is an avid Cleveland sports fan and Cleveland native.